"Who kept the Faith and fought the fight, the glory theirs, the duty ours."

Every year when a new show begins being planned, usually 1 month following the previous, our board seeks out the next heroes to be honored at our show. While we intend on honoring every hero we can, our goal is also to ensure that heroes from Ohio, Indiana, & Kentucky are equally selected to be honored. We also seek to alternate each year between Law Enforcement, Fire/EMS & Military heroes each year.

Once our board has voted collectively on our honoree’s, we then have our honoree contact liason, Andrea, work to get into contact with said heroes’ families. We only move forward once we have their blessing to do so. 100% of event proceeds at our Annual Car Show where they are honored will be given to the families of these fallen heroes selected.

All of Our Honorees Naval Fleet Medical Corpsman
2022 Honoree
Maxton William Soviak, 22, of Berlin Heights, OH passed away August 26, 2021, while serving his country. He was born January 22, 1999, in Westerville, OH and lived in Berlin Heights until the time of his enlistment. Maxton attended Edison Local Schools, as well as EHOVE Career Center, graduating in 2017. After graduation, Maxton joined the United States Navy, proudly serving as a Navy Corpsman.

Maxton’s football career began at the age of seven, which continued through his senior year of high school. He was instrumental in helping lead the team to the final four playoff games during his junior year and as a captain his senior year. Maxton was part of the Edison wrestling team from Biddy through his senior year when the team won the state championship. Maxton was involved in the Boy Scouts, ultimately earning Life Scout, the second highest rank attainable. Maxton was a member of the Erie County Conservation Club Junior Rifle Team and competed in Air rifle, small bore, and AR15 events at Camp Perry. He also loved extreme sports, such as, rock climbing, skiing, scuba diving, Jiu Jitsu, and CrossFit.

Maxton made friends with people from all over the world. One of his proudest achievements was helping found a Biddy Wrestling/Jiu Jitsu program while stationed in Guam.

Maxton loved his family fiercely. He was loyal, strong, stubborn, and independent. Maxton was his family’s “King of the Wild Things”, he was always ready to “Let the Wild Rumpus Start!” At the end of the day, he wanted to be where he was loved the most, with his Family.

Maxton was preceded in death by his sister, Nayla Banks-Soviak. U.S. Marines
2022 Honoree
Cpl. Humberto “Bert” A. Sanchez, 22 of Logansport passed away on August 26, 2021, while serving his country at the Hamid Karzai International Airport in Kabul, Afghanistan.

“Bert” was born on December 2, 1998, in Logansport, Indiana, and is the son of Coral Briseño and Humberto Sanchez.

Cpl. Sanchez was a 2017 graduate of Logansport High School where he excelled in academics and athletics. “Bert” was well liked by his soccer teammates, classmates, coaches, and teachers.

After graduating, “Bert” enlisted and was assigned to the 2nd Battalion, 1st Marine Regiment, 1st Marine Division, I Marine Expeditionary Force, Camp Pendleton, California. He was then called to serve as an Embassy Guard in Jordan before being re assigned to the Kabul airport.

Cpl. Sanchez was honored to serve his country as a Marine and the example of his willingness to make the ultimate sacrifice has made him a hero to his family, community, and the United States of America. 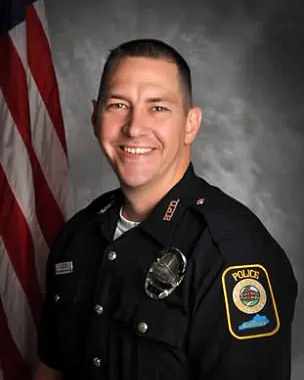 Bardstown Kentucky Police Department
2021 Honoree
Jason Ellis was born September 22, 1979 in Cincinnati, OH, a police officer for the Bardstown Police Department, a K-9 officer, a 1998 graduate of Glen Este High in Cincinnati, where he was a first team all-city in 1998 and player of the year in the Queen City Conference, played baseball for what is now the University of Cumberlands in Williamsburg, KY and in the minor league Billings Mustangs in Montana. He was active in youth sports in Nelson County as a coach. He is a member of the N.N.D.D.A. K-9 association, local Fraternal Order of Police # 43, Special Response Team, and attended Bloomfield Baptist Church. Dayton Ohio Police Department
2021 Honoree
Jorge Del Rio, age 55 was born on February 25, 1964 in Mexico City, Mexico and passed away on Thursday, November 7, 2019 at Grandview Hospital in Dayton, Ohio. He was preceded in death by his mother, Beatriz Hernandez and daughter, Dana Shafeek. Mr. Gordon served on Special Details that assisted in scanning areas for visits from the following: President Clinton, President Bush and President Barack Obama. Mr. Gordon served in this position for more than 25 years of his career and earned the title of Senior Bomb Technician.

Daryl Gordon was promoted to Fire Apparatus Operator and completed his final run on Heavy Rescue 14 on March 26, 2015. 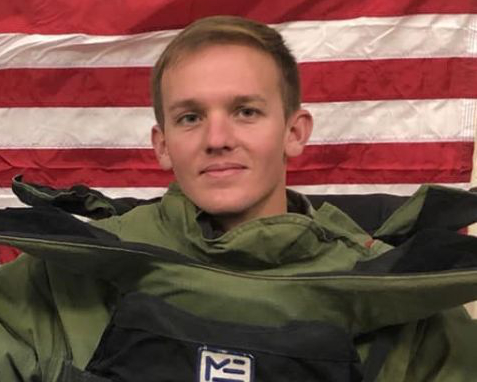 Sergeant Collette, died on March 22 during a combat mission in Afghanistan’s Kunduz province from injuries resulting from enemy fire. He was posthumously promoted from specialist to sergeant and awarded the Purple Heart and Bronze Star.

He is survived by his wife, Caela; two children Blair and Cody; and two step-children, Lena and Aria Scott.
Powered by Back the Heroes Rumble
Comprehensive IT Solutions